The goal of a Miniature Schnauzer rescue is to find the unwanted dogs they save a new, loving home. But what happens to the dogs that aren’t so lucky to be adopted?

Unlike some shelters, a Miniature Schnauzer Rescue does not euthanize these dogs. Instead they keep them until it is time for the dog to leave this Earth. They also never stop trying to find these dogs homes.

However, that being said, you should know that most dog rescues will not usually accept dogs that will be difficult to adopt. Understand this doesn’t mean a Miniature Schnauzer rescue will only take in dogs that are youthful and healthy. They will usually take in just about any dog regardless of their age as long as they don’t have the following issues:

Therefore, as you can see, a Miniature Schnauzer rescue doesn’t just take in every dog they come across. They won’t euthanize the dogs in their care, but they don’t have the capacity to save every dog. They must be realistic and do their best to help as many dogs as they can. 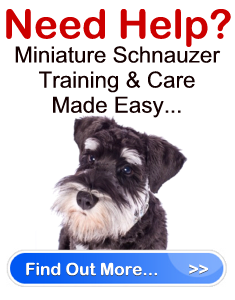